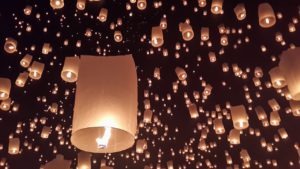 In our last blog, we highlighted three key phrases to avoid. Below are another three that we think warrant a relook or need to be relegated to the vocabulary trash.

In journalism there is no such thing, but it is amazing how many times PR Pros seem to hide behind this phrase. Be very careful of what you say to a journalist. The reason is that if there is a lawsuit or challenge, the journalist’s records or notes are up for scrutiny. Yes, many key publications will resist from sharing their sources. But in the end, they have careers to protect. Some can fold; brave and reputable ones don’t. But if you are assuming that “off the record” will be enough to protect you, you are very wrong. [bctt tweet=”In #journalism there is no such thing” via=”no”]

This is a phrase that was popular in the  days when social media and online activism were in their infancy. If you have nothing to say or are afraid that anything you do say can be construed out of context, saying “no comment” used to be enough. Often the phrase is not from the PR Pro, but from the legal department. These days, saying “no comment” can mean you are guilty as charged. Instead, offer some facts and shift the topic. If you do not offer anything, many on the internet may think you are hiding something, and it puts the spotlight on your company for all the wrong reasons.

Journalists are usually the least of your worries. Often it’s the activists or those motivated or invested in your demise who will prod further and feed the journalists. And if the rumors are false and you don’t act on it or highlight a statement akin to, “We have no comment as it is an ongoing investigation…”, then sentiment can be affected. In today’s false news-laden and information-cramped Internet, sentiment can easily kill a well-earned reputation even before the actual truth comes out.

A journalist will read these phrases as “you are asking for a deeper investigation.” Avoid these phrases when speaking, writing or pitching. They also proclaim to the journalists that you are right. A journalist that does his or her homework may challenge your claims. Instead, stick to the facts and figures. Don’t overclaim and then hide behind ambiguity.

Admittedly, there are many more phrases that PR Pros need to avoid. However, the six highlighted in this blog (and our previous one) are some that journalists loathe the most.