On day one of my broadcast journalism degree our professor asked us what the key elements of a news story were.  It has to be “new”, somebody suggested.  It seemed a little obvious, but that wasn’t it.  Death, disaster, and that it had to be exciting were other suggestions from the class.

“Human interest”, my professor finally explained.  Human interest is the first thing that any news editor will look for when determining whether something is newsworthy or not.  It has to be new; it can be tragic or uplifting but if there is no human interest it won’t pass an initial scan by any credible journalist.  A news story has to have something that an audience can connect with on a human level.

Good news, bad news, currency, and conflict are also key elements of any news story – a neutral story (neither good nor bad) isn’t news – it’s a story, and if there is conflict or disagreement then it has added news value.  A news story also has to be current – if the information on which the story is built is already known it isn’t new(s).  It could be said that this is old news – and few editors or journalists are interested in publishing that because their audiences will likely already know about it.

That said, a news story doesn’t have to be breaking – it doesn’t need to be announced as it is happening in real time – but does need to be current. 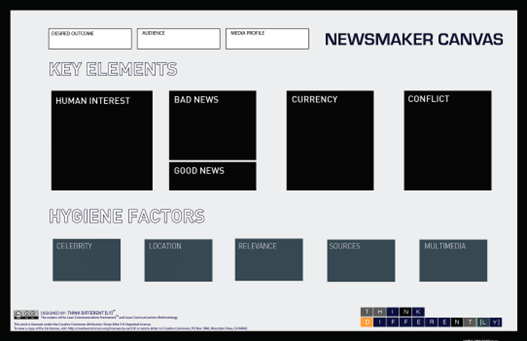 Human interest is also a critical component for non-news stories – but non-news stories have a set of elements that can be used to build something compelling.  Celebrity, location, relevance are all factors – we live in a world where everybody wants to be famous – and understanding local relevance can make something that isn’t of interest generally interesting to a specific audience simply because of where they are located.

Sources are often overlooked when pitching news and stories to journalists and editors – that is, the people that can verify what you are saying.

Having credible sources that you can supply to the media will significantly increase your chances of catching their attention, and being able to supply relevant, high-quality audio, video, and images to help an outlet to build the story without needing to gather it themselves is also critically important.­­

Understanding the criteria for news (and non-news) can help an organization to build a story that has the best chance of catching a journalist or editor’s eye because it has all of the elements needed to engage their audience.  It also means that when pitching a story these key elements can be highlighted, rather than being lost in the body of a pitch, release, or announcement.