I didn’t run the 120th Boston Marathon last week, but I watched. Well, I did more than that. I participated. OK, my job was far easier than those who ran the race. But I cheered. I made signs. I donated funds. And I cheered some more. Like the athletes, I was a part of something big.

Three runners trained for months and raised thousands of dollars for Many Hopes, a charity for which I serve as a Board Member and PR Chair. The organization is raising and educating a generation of children who will do extraordinary things for long-term justice, children who are equipped to defeat the poverty into which they were born. Big stuff.

Three volunteers – Jason Draut, Cristin Marona and Mark Totten – ran what is one of the world’s most prestigious racing events, all on behalf of Many Hopes. Together, they raised enough money to build more than three classrooms in the organization’s first school which will serve 900 children in Kenya. Their incredible donation of 26.2 miles, and the months of intense physical training and fundraising they’ve undertaken, will leave a lasting impact for years to come for future students. That’s wicked big (as we’d say in Boston)! 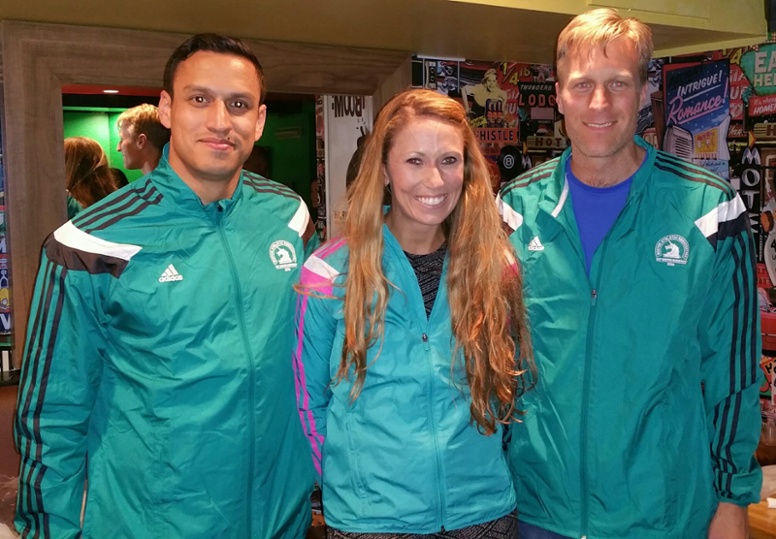 Every one of the 33,000 steps it took to complete the marathon, from Hopkinton to the finish line on Boylston Street, was another brick for the Many Hopes’ school. And I was there, along with thousands of others. We didn’t run, but we were with them for every step. We tracked their progress, cheered for them and even took video as they rounded the corner from which we watched.

Whether it’s raising funds for a charity you’re passionate about, running a profitable business, helping others achieve success or simply doing the best job you can do – think big.  But do it one step at a time.

Sometimes it’s not just about the finish line. It’s about the steps (and the team) that got you there.