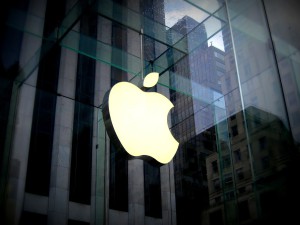 Apple refused the FBI in creating a back door to access the San Bernardino shooter’s iPhone. The FBI says that it has the right to search all cell phones of all suspected terrorists. A federal court agreed. Apple said no way.

The issue here is precedence. The FBI has characterized it that any good-willing U.S. company has an obligation to help. Apple says that it will help, but not in creating a back door that will allow the FBI to ask for it again and again.

The FBI then said that Apple is putting their marketing priorities before national security, and Apple wants to stop the FBI from confusing privacy as security. Even Bill Gates was caught in the crossfire and had to explain why what he said was in no way supporting the FBI’s (or Apple’s) stance. Of course, the miscommunication and concerns highlighted between the company and the FBI are not helping matters and serve to make the picture even more confusing.

Apple may have the right to their argument, but the FBI is clearly pulling at the public’s heartstrings (with some success). Apple has the most to lose. One of the company’s pillars of strength has been its security and privacy. Saying that the FBI now has a backdoor into its iOS will harm them irrevocably. They will be shunned by a global population who already have some serious reservations with the backdoors and monitors created by the NSA and the Chinese government.

If Apple does allow this for the FBI, what will stop China and Russia from asking Apple to do the same for them? There will be nothing to stop companies in those countries to claim this as proof that Apple is a U.S. company beholden to its own government. You can imagine the questions, sanctions and backroom deals that could follow.

This is a protracted fight that no one will win in the end. Even if the FBI does succeed in creating a backdoor, future terrorists will just use another cell phone, causing the FBI to spend even more money trying to monitor yet another channel of communication. Meanwhile, Apple is being maligned for having a porous iOS.

From a very different perspective, this dispute offers some key PR lessons for us. Apple, who has always been seen as PR and Marketing savvy is now entering dangerous and unfamiliar waters. They need to become more open, even though historically they have built their success on being mysterious and secretive. Up until now, all they cared about were employee leaks of product details. Now, they have to be careful about what they say on a range of subjects which have nothing to do with their engineering or their products.

The FBI is also offering lessons on how government PR is evolving. Forget cryptic and big brother messages that journalists loathe; they are not being shy about going directly to consumers through every communications channel available and highlighting that the concern matters to all. In fact, they made Apple, normally calm and unapproachable, become frantic, organizing several press conferences to explain their position. 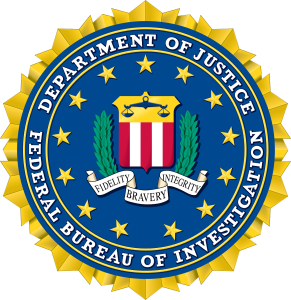 Essentially, the FBI has managed to make one of the world’s most valuable companies become defensive. Lawyers know that this is not a good position in which to be perceived, even if the intention may have been well-founded.

Apple now has their top executive appearing in front of the U.S. House Judiciary Committee. For the first time, instead of teaching PR lessons to rivals, they have to start learning from them.

The fight is still ongoing. It’s a case where it is difficult to be rational. Nevertheless, this is a battle that will expose new lessons for all PR professionals, and it is highlighting how the PR profession itself is constantly shifting.

The lessons learned here will shape the PR industry for years to come.