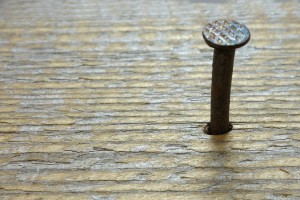 Social media strategies are becoming ever more important to PR professionals. It can help to increase engagement and brand equity, without having to splash millions of dollars on a billboard advertisement campaign that excites, but seldom incites.

But that does not mean taking the social media route is any easier. It requires a lot of resources and constant monitoring. A single off-handed remark can fan the flames of future remarks and comments. In some cases, it can even hurt a brand’s revenue and reputation in a single stroke.

So in this blog-post, I have decided to highlight three brands that have “owned” social media PR. Their strategies may not be for all, but the fundamentals still remain true for any campaign.

You’ve got to give it to Red Bull for constantly being on social media’s cutting-edge. We know videos work on a website. Red Bull’s torrent of stunt videos on YouTube is well followed and they have now done the same with their Facebook page.

This is not the only example of videos on Facebook, but their formula of posting edgy videos and photos, and awakening the inner adventurous spirit within, is drawing fans. In fact, they can certainly be called a media company in their own right (they even say so on their Facebook page and online TV channel).

It is about brand perception. When you think adrenaline-racing adventures and daredevil stunts, they want you to think Red Bull. Who cares that their half-liter cans have 52g of sugar and as much caffeine as four cups of coffee. It’s the price you pay for being edgy.

Becoming A Hero With GoPro

Yes, the halls are echoing with some bad news. But you cannot deny that GoPro is a master of manipulating perception and are very good at experiential marketing. They are not really interested in showing their products; rather they want you to feel the excitement from videos taken by athletes both professional and amateur.

It is an important break from the traditional way cameras were marketed. Often the product and its specs were put on a pedestal. PR was designed to promote these specs and then show how they can enable interesting videos.

Being a newcomer, GoPro turned this concept on its head. Through its social media, YouTube and website channels, the company showed the videos first. It is now seen as a repository of awesome videos. And once they have got you hooked in the excitement, they then showcase the product.

In fact, the brand name is so ubiquitous, it has become what Google has become for search names and is now a product category of its own. Would anyone remember the portable extreme-action video camera category?

Getting Honest With Tea

Honest Tea invoked a tea storm when it asked a simple question: Which city scored the highest on the National Honesty Index? It used influencers (using Influential that connects brands with influencers through mobile devices) to ask. And the response has been tremendous.

It’s a social media experiment that has created buzz. More importantly, it created an association with the brand for honesty, and the fact that the earnings from this campaign ($1 per beverage) goes towards charity only added to its reputation.

Social media PR is still evolving. As new social media platforms (think Snapchat and Peach) enter the market, and as new innovations go mainstream (think VR goggles and 3-D printing), it will be interesting to see how PR professionals will use these to interact, engage, excite and influence.