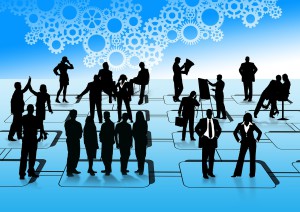 Public Relations has not always enjoyed a good rep. Some journalists call us the “dark side” amongst other names including (but not limited to): flacks (journos are hacks), spin doctors, etc.

All of this name calling hurts. You cannot blame potential clients for being overly suspicious, and in some cases even snippy. And admittedly, for all that public relations stands for, it does do a bad job of its own PR.

So when we meet potential clients, we remain apprehensive and cautious. Nevertheless, we still loathe (secretly) when we hear the 3 things below:

Good PR professionals are great storytellers. Writing press releases is just a part of our narrative. Our main job is to influence, convert, sidestep critical issues or even shift attention when needed. We can help companies to increase exposure, improve their likeability and even help them out of a tight spot.

To do this, we create and distribute press releases, pitch to media, write speeches, run events, conduct market research, improve networking, blog, post, develop crisis strategies and help respond to scathing social media responses. This is only the tip of the iceberg in terms of the scope of what PR professionals do on a daily basis.

If you are just fixated on press releases, get a copywriter. Even better, write them yourself and get them edited. It is a small (albeit important) part of what we do. We can do so much more, but only if you let us.

I Need PR To Be Accurately Measured

How do you measure persuasion? It is the reason why the Internet is littered with measurement models for PR. It is not all science, and it usually includes a healthy dose of art also.

Sure, we have the Barcelona Principles which are essentially a framework for measuring communication and PR effectiveness. But it is by no means a walk in the park. Measuring according to these Principles can be complex and laborious. It may even require a separate PR firm to audit. One important thing it highlights is that measuring PR should not follow the same rules as those for advertising, a model that has previously been followed mainly due to a lack of any other.

It is a framework, and will take time to be finalized. Until then, it is always good to have rough KPIs, but do not try to pigeon hole everything in PR into KPI boxes. How do you measure answering effectively to a bad remark and sidestepping a potential flame-war? Priceless?

Traditional Media is Dead, So I Am Only Interested in Social Media

Traditional media is dead? Not even close.

If tweets, blogs and Facebook posts were to take over the media sphere, it would have already occurred. The fact that it has not gone away only serves to highlight the power and pull of traditional media.

Traditional media’s problem is one of relevancy and cost. Good journalism costs a lot, and with readership dwindling the industry needs a rethink. It is exposing fault lines in media companies that had a good run from the money on advertising dollars and subscription fees. Social media just happened to expose these fault lines. So, in essence, traditional media is going through a reality check.

But traditional media is not dead. It is still seen as a trusted source of information (except tabloids). Whether it will morph into something else remains to be seen.

Social media itself is going through a (r)evolution. It lives not on narrative but exciting headlines and thought-provoking videos. But it is still not the most trusted medium for cold, hard facts, which is why today’s press releases are still released in traditional media. This may change, but so will how we write press releases and what their value will be. Try imagining a headline on Twitter with 150 characters. What you often see is a snippet of a press release headline as a teaser with a link.

Good PR is essential for any company of any size. Often finding the right PR firm or professional is important to your future success. Just ask Apple, Nike and Red Bull where they would be today without the efforts of their PR teams.