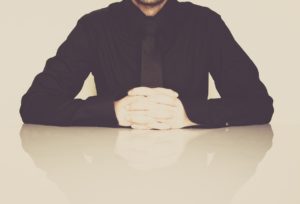 Increasingly, CEOs are becoming the faces of their companies. It used to be only tech CEOs who did these, led by personalities like Bill Gates, Larry Ellison and John Chambers to name a few.

Now, CEOs from all industries need to be ready to become their companies’ public leaders. Just look at Apple, Tesla, and Theranos (for the wrong reasons). In hind sight, it makes sense. No one knows a company better than a CEO. And during an important announcement or a disaster occurs, it will be the CEO’s face that customers and media will be looking for — not the marketing director or PR manager.

Social media has made it more urgent for CEOs to be part of a company’s PR. In a medium that talks about engagement and relationship building, a CEO talking directly to customers can be very effective—even in dire situations.

So how can a CEO get involved in PR? Here are some observations:

Get involved in the PR process—preferably from the beginning

Being seen as integral to a PR campaign is essential. Many CEOs make the mistake of disappearing during a campaign, and only engaging with media and customers through press statements and announcements. This is the wrong approach. In today’s world, CEOs needs to be seen as driving these campaigns to make such efforts appear authentic.

They still answer to shareholders and stakeholders. But for future customers and partners, they want to see commitment. In short, having a CEO driving a campaign speaks volumes and gains the right viewers in a crowded internet.

To do this properly, CEOs need to be involved right from the planning stages. They do not have to micro-manage. In fact, it is usually better if they don’t. It’s not necessarily their area of expertise. But their opinions are crucial as it is their reputations and faces that are online and on the line.[bctt tweet=”Time to Get Your CEO to Join #PR RT if you agree” username=”BroadPR”]

It is no longer enough for CEOs to just answer to stakeholders, investors and media. They need to be seen as an authority in their industry and even the lead the questioning. This will influence customer behavior and even strengthen relationships with authorities.

To achieve this, the PR team needs to work with the CEO to build her authority. Through strategic thought leadership pieces, bylined contributions, CEO blogs, videos and opinions in key media articles, the CEO can be positioned as a leading voice in the industry.

Customers are often looking for companies who are leaders. Good products and services help. But a CEO who seems to understand the industry and have foresight can create a movement. Elon Musk and the late Steve Jobs both understood this very well.

Although using a CEO can drive results, it also increases risks. If something occurs, their reputations are in jeopardy.

So get a PR professional to help. He or she can help to build a strong PR strategy for the CEO, which aligns with the company’s own PR/marketing strategy. It also offers relief to the in-house marketing team so that they can concentrate on the company’s brand equity and objectives.

Having a separate professional can be costly, however. An alternative for companies is to start assigning an in-house team member to work directly with the CEO. Eventually, as the companies’ clout grows, CEOs become the face of their respective industries. With the right strategy and tactics, what they say can move “mountains” (and open wallets).