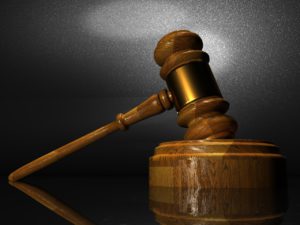 When trouble brews, we often turn to lawyers and not PR professionals. However, PR professionals are equally important. After all, they promote the business, and in the same vein, they are custodians of the company’s reputation. If there is a strong reputation risk due to a legal matter, it is essential PR gets involved as well.

In today’s social media-savvy market, getting PR to handle crisis communications has become more important. For many lawyers, protecting the reputation of a company means saying “no comment.” It makes legal sense because it stems the tirade of accusations to only what has been said, closes any avenues for further critical analysis, and allows communications to be managed until the worst blows past.

Legal statements are not necessarily designed for social media. They can sound like the organization has something to hide. Tweeting or sharing can only create further tension and allow rival businesses to use the statements against the company. You need a professional who has the ability to turn a legally sound statement into a human-friendly response. That’s PR.

The problem is that PR has traditionally loathed legal. And legal has never fully respected PR. In many situations that I have been involved with, legal often wants to muffle PR, get them out of the room, or they imply that PR folk are not professionally capable of understanding the holistic picture of risk. On the other hand, PR thinks legal is public enemy #1, feels that their job is to destroy theirs and believes that lawyers have little or no understanding of the value of PR.

It’s a strange situation, because both parties are there to protect the company’s reputation, and both need to talk to each other in times crisis.

From my experience, this conversation between PR and legal needs to start early on, not just when there is a crisis. In a crisis, when things are seemingly in a tailspin, and everyone is under the gun, making friends is not only challenging but sometimes downright impossible. Instead, when things are seemingly good, legal and PR should be encouraged to talk to each other.

The result will be telling when a crisis hits. As the executive team analyzes the situation and develops a counter-strategy, the PR team together with legal can help to build a legally defensible counter-story that won’t sound like they are spinning or have something to hide.

Admittedly, it is an art, and it requires commitment from both professions. Nevertheless, a close PR-legal relationship can mend seams and help to turn a dire situation around, and even guide it into a company’s advantage.