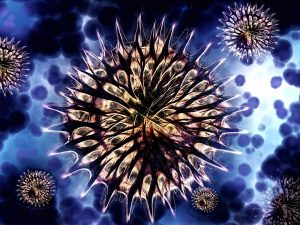 The wave of panic is just about to begin in North America as California announced that it is monitoring 8,400 people for Coronavirus (COVID-19), and we learned that health officials did not have proper gear while interacting with Americans quarantined for possible exposure.

The hardest hit is the travel industry that is knocking down tourism revenues and seeing many travelers giving air travel a wide berth. A confusing set of travel advisories and travel bans are also leaving business travelers perplexed. (Here is a blog that puts everything into perspective)

But in Asia Pacific, where I currently sit, we are already riding the panic wave with no crest in sight. The varied responses, political rhetoric, virus shaming, and mind-boggling responses from political leaders add to the region-wide panic. It has left supermarket shelves devoid of toilet paper, people hoarding sanitizers, and face masks becoming more valuable than gold.

For PR pros, it offers four fascinating lessons of how to manage mass hysteria with the right approach to managing an unfolding global crisis.

Lesson 1: Don’t appear to panic in a crisis

When COVID-19 became a serious issue in Wuhan, the capital of Hubei province in China, the island nation took drastic measures.

Keep in mind that Wuhan, which has 11 million people in an area bigger than New York, is a major logistics and transportation center in China. Also, when COVID-19 was first announced as a national emergency, millions of Mainland Chinese were already traveling overseas for their annual Chinese New Year break.

The most vulnerable countries of China are logistics and transportation hubs. Singapore is one.

Singapore is also the regional headquarters of many major companies, including Chinese and U.S. multinationals. As well as being a financial center for Southeast Asia, it is also at the receiving end of any epidemic.

The government stopped inbound travel from China and quarantined those from there. Schools were closed, and they denied Chinese travelers entry (including those who transited through China), and quarantined Singapore passport holders who came from China. They tightened the measures further as Singapore raised alarm over community transmissions and established a communications channel.

There were loud grumbles from residents, other countries said the measures were too strict, conspiracy theories took root, and there was a run on essentials at supermarkets.

Government officials responded with calm messaging, outlying the situation to a panicking population without wearing masks and told them about the measures and their plan.

NOTE: Masks are not as effective with COVID-19 as personal hygiene practices, such as washing hands, minimizing contact, avoiding crowded areas and not touching your face.

The mass hysteria calmed. People saw a prime minister without a mask telling them in plain layman terms that essentials are available and prepared the population for an inconvenient truth. 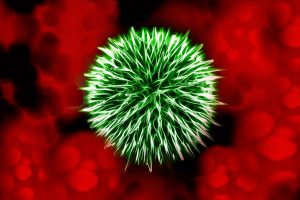 Lesson 2: Be clear and consistent as people are looking for you to fail

Hong Kong was a different story.

You can attribute part of the blame on the mass protests that occurred in the months before the COVID-19 epidemic. It eroded public trust in the government. Hong Kong is also more integrated with China, part of its population lives in neighboring Shenzhen (which is in China).

When people panicked, the chief executive and her team were slow to respond. People questioned why there was no border shutdown (like Macau, Taiwan and Russia). Hospital staff went on strike asking the government to shut borders. The cricket-like sounds emanating from the government offices saw the people taking matters into their own hands with Mandarin (spoken language in China) becoming banned in local restaurants.

Hong Kong, like Singapore, is a financial, trading, and logistics hub for North Asia. In fact, people often compare both cities. Like Singapore, Hong Kong’s medical infrastructure is second to none.

However, their slow and cautious response to a panic-stricken population saw many residents suggesting that politics is playing a huge role. They pointed to quick and drastic measures by Macau (which has less than one-tenth of the population of Hong Kong).

Every explanation from the Government reached deaf ears. It is a criticism that continues to this day, as residents feel that the measures taken were too late and the government is only concerned about its political future and saving its own skin. In reality, every country, including Singapore, is facing a political test with COVID-19.

The hysteria may have dialed down, but the seething anger continues. And, with bungles like the chief executive asking government civil servants not to wear masks, and then retracting by saying that was not what she meant, only made matters worse.

While we can argue that the population behaviors and political climates are different, it comes down to messaging. In a crisis, messages need to be clear, concise, honest (as much as you can be), and on point. There is also no wiggle room for clarification and retraction.

In PR, there is always a crisis around the corner

Lesson 3: In PR, there is always a crisis around the corner

In today’s world, there is no such thing as crisis PR. It is inherent in every messaging and public announcement.

In the past, a specific few handled a crisis PR (often lawyers). They often advocated patience, minimum engagement, and hiding behind legal terms.

Social media sounded a death knell to this approach. Every time your executive speaks, presents or is quoted in a press announcement, there is a risk that social media will misread it. When that happens, waiting for the fire to die down is ill-advised. It may burn through precious trust, which leads to the last lesson.

Lesson 4: It always comes down to trust

The more effective approach is to engage quickly because it shows you care. It also offers you an opportunity to frame the discussion and reframe it to your benefit. It is a skill set that every PR Pro needs to have.

A crisis batters trust. You have a very short window to address the battered relationship of trust with the media and your target audience. But it also provides a golden opportunity to reinforce your client’s image by offering an honest reply.

In today’s emotion-driven, distracted, and connected masses, trust is the real currency of business.