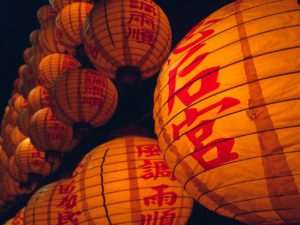 China is digital and mobile—in some areas more than the US. With no legacy IT or poor cabling infrastructure, many have no choice but to embrace mobile communications.

It has shaped how PR Pros engage journalists and the potential audience in China. It also means that old strategies based on email and traditional cold calls may not be as effective.

Digital platforms in China can be different. Yes, they all began as look-alikes because Western products (like Facebook, Twitter, and YouTube) were banned. But today, after nearly a decade of evolution, these homegrown products are defining the future of communication—and PR. Below are three that matter (and I will introduce another two in the next post):

Owned by Tencent (one of the big three Internet companies collectively called BAT; it is the “T” in the acronym), it is the equivalent of ICQ and WhatsApp. Its popularity started in gaming but soon became a choice for contact sharing. Most QQ users use QZone, which is QQ’s Facebook equivalent. It allows PR Pros to engage and tell brand stories using a Facebook approach.

QQ’s waning appeal is because of Tencent’s other popular product WeChat (more about this later). But it is still ideal for reaching out to smaller publications and in rural areas. It offers PR Pros the opportunity to create QZone-based messaging campaigns. [bctt tweet=”THIS has shaped how #PR Pros engage journalists & the potential audience in #China” username=”@BroadPR”]

This is the Chinese version of the blocked Facebook. Like Facebook, it began its life among schools. In fact, it was called Xiaonei (English translation: schoolyard). It is still popular among the young, some of them who are now part of the workforce.

Sina Weibo, started by online news magnate Sina and now majority owned by Alibaba (the “A” in BAT), is China’s equivalent of Twitter. Since Twitter is banned, Weibo filled the void. Weibo means microblogging in Chinese.

Like Twitter, it had a 140-character limit (no longer applicable now). In Chinese, 140 characters can be a whole paragraph or even a small article, so there were entire news articles created using this platform. It was also visually different as you can add up to nine images.

While Weibo began with a massive take-up, its popularity plateaued when the direction was unclear whether it should remain a microblogging site or become a Facebook equivalent and cannibalize Renren. Now, under Alibaba, it is refocusing on its previous strengths and is gaining back lost followers.

PR Pros will want to use Weibo to broadcast news stories. Many journalists (like their Western counterparts) follow Weibo posts judiciously to keep up with trends and breaking news. Also, pay attention to Weibo’s live-streaming ambitions, which are taking off in China in a big way.

There is also Tencent Weibo, which is Tencent’s version of the Sina Weibo. But unlike Sina Weibo, the latter is designed to connect people like Facebook and not as popular.

In the next blog, I will introduce two others that are changing the way social media messaging is done globally.