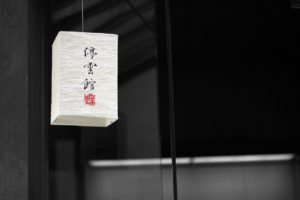 It is a fact that the Chinese (referring to those from Mainland China) are creating waves in marketing and branding. Their impact on retail is shaping its future; their increasing influence in all other sectors undeniable; and their media is becoming vital for brand awareness and business success.

But it is not easy. Be prepared to leave a lot of Western lessons and practices learned at the door. Here are 6 Chinese PR lessons that matter most:

No, it is not considered bribing. While Western media frown upon the financial assistance (although many smaller media still expect it), in China it is a rule of thumb.

You expect them to cover an event, and they expect you to offer financial assistance for them to cover the event. No matter how big the media house is, expect to reimburse and pay for the travel expenses of the journalists. Otherwise, they will simply not come—unless you are announcing something earth shattering (which is often not the case). In return, you can expect coverage of some sort, although this is increasingly not a given.

Relationships matter significantly in China. So be prepared to work doubly hard to meet up with journalists whenever you have the chance. And, be ready to answer key media queries at any time as you keep in contact.

Another reason why relationships matter is that the Chinese media industry undergoes structural changes quite frequently. Media laws can also be quite restrictive and sometimes the ambiguity in them causes friction and personnel changes. By keeping in touch, it gives you a chance to stay current with the changes. Besides, calling for a person who may have left can be akin to burning the bridge.

Often Western journalists like to ask many pointed questions, each from different media person. The idea is to build on the first answer and then probe further. Not in China. Be prepared for a list of questions from a single journalist at one time. So, prepare your spokesperson. It is also good to jot those questions down if you think your spokesperson may not remember them all. Answering all the questions may mean you will not have time to respond to all the other journalists’ questions, so keeping your answers short is well advised.

An essential metric that drives many Chinese businessmen and media is ‘face’ value, often equated to personal respect. So first impressions count. Make sure you meet journalists in an excellent location (like a good hotel) and with the right attire. Without this the Chinese journalist may think you are rude or simply do not have influence (or wealth).

Don’t be surprised if the media is expecting a gift—literally. It goes hand in hand with sharing information and conducting business at a very personal level. Going empty-handed to any occasion is not advised. Don’t just count on your information being enough. If your company has strict laws regarding gifts (although a lot of Western companies tend to overlook this when operating in Mainland Chinese countries), look for alternative approaches. All of these efforts will help you to build closer ties that may matter during a crisis. [bctt tweet=”#PR Pros looking to engage with #Chinese media must be ready to work hard” username=”@BroadPR”]

The Chinese tend to follow strict hierarchies—even in media. If you are engaging a media house for the first time, expect to talk to the juniors first. It will take a while before you meet the senior editors or chief editors (a lot longer than many are prepared for), even if you are directly asking for them. It is not that they do not like you, but they have an aura to maintain among their staff and like to meet people of similar stature. Again, this is a ‘face’ thing. It takes time to build a healthy relationship and prove your worth. Of course, it is different if you are spending big money on advertorials. But for most PR Pros looking to engage with Chinese media, be ready to work hard on understanding and working your way up their hierarchy.

The above six are just some of the lessons learned when dealing with the Chinese media. It is true that the media sphere is evolving and maturing rapidly in China. Just do not expect it to mature along Western lines.