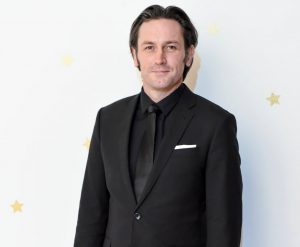 Recently, BroadPR’s Raychel Moore had the opportunity to interview Thomas Keown, founder of Many Hopes, about what Many Hopes is, why he started it and what he sees as the vision for the organization in 2018 and beyond. Here is part 1 of that conversation:

Raychel: We are talking to Thomas Keown, Founder of Many Hopes. So, Thomas, tell us a bit about Many Hopes.

Thomas: Hello, Raychel. I can do that. I am indeed the founder of Many Hopes, but I am also the son of an Irish sheep farmer. I grew up in a small town in Northern Ireland and went through several life experiences that I believe brought me to a place where I was prepared to be a part of the founding of Many Hopes. I didn’t know at the time that these events and experiences would lead to creating an organization serving children in east Africa.

Growing up in Northern Ireland during the late ’70s, ’80s, ’90s, I had from an early age a great sense of fairness and unfairness due to the one thing you might know about Northern Ireland, the years of political violence that we had and unrest between our two communities. I’ve seen people who’d lost their lives and knew people, family members, who’d lost their lives. I knew I was blessed in that I did not experience that, but why? It’s unfair that they did and I didn’t. As I grew older and went through Queens University in Belfast and began to think more, I realized that a better word for what I was feeling, unfair or fair, meant in fact justice or injustice. The foundation behind Many Hopes is that we provide justice for children who can’t yet do it for themselves.

Raychel: I think that’s a great answer. It really describes what drove you to start this organization. If you want to add anything more to that, please do.

The foundation behind Many Hopes is that we provide justice for children who can’t yet do it for themselves.

Thomas: The organization Many Hopes, in short, rescues children from abusive situations in Kenya. We raise them over a generation to be adults with the tools to combat the poverty and injustice they were born into. I was compelled to cofound the organization by one of the greatest men and greatest minds that I know, a Kenyan journalist named Anthony Mulongo. I was a journalist, among other things, in Massachusetts and traveled a lot. Anthony Mulongo was a well-known journalist in the country of Kenya who was focusing his journalism on the abuse of power and the exploitation of the poor, to no effect whatsoever. Frankly, those who had power and authority didn’t really care. They didn’t dislike the poor. They just didn’t think about them, because they didn’t know them.

Anthony and I, over long lunches of bony chicken and watery soup, realized that a lot of money has gone to the continent of Africa in the last 60 years and many people have been helped. However, we’re still talking about many of the same problems. Why is that? We landed on the simple conclusion that it’s not just money, it’s leadership! How do you bring leaders together who really care about those that have the power to either govern, or speak for or speak against? We set about trying to rescue children from extreme poverty with that influence, the ability to be justice minded, justice driven leaders in whatever profession.

Anthony was one of the main inspirations, one of the main visionaries behind the organization. He and I realized a simple thing. He was a very, very capable Kenyan journalist and influencer. I couldn’t do what he could do, but he couldn’t fund it. I knew people, my peers in Boston, New York, London, Belfast and around the world, who in fact, wanted to live impactful lives. I thought I’m going to share a vision with them and see if they wish to live impactful lives and rally around it. They did!

Part 2 of this interview will be published next month. Please check back to find the conclusion of this interview, as well as discovering some ways that you can get involved in helping to support this organization as it raises as generation of children that WILL defeat the injustices that they were born into.